Breaking news: under our support on API moxidectin supply, DMF filing and US FDA audit, our client from Australia, a not for profit biopharmaceutical company, has submitted a New Drug Application to the FDA for moxidectin for the treatment of river blindness. Our client received funding for this project from the Global Health Investment Fund which is backed by the Bill and Melinda Gates Foundation, and has a mandate to supply moxidectin to those in need, mainly in Africa. This important submission will help our company to be the leading supplier of moxidectin so we look forward to many more business opportunities.

Welcome to visit us during CPHI Japan 2017

Welcome to visit us during CPHI Worldwide 2017

Welcome to visit us during CPHI NA/INFORMEX 2017

Welcome to visit us during CPHI China 2017

Welcome to visit us during World Pork Expo 2017

Our Contract Manufacturer of Procaine Hydrochloride Certified By FDA Again With 0-483!

From July 25 to 28, 2016, our contract manufacturer-Chongqing Southwest No.2 Pharmaceutical Factory (hereinafter referred to as ‘SW#2’) passed the U.S. FDA GMP onsite audit with excellent performance. And this was the second time that SW#2 received the highest international standards of quality certification after the first time in 2012. It represented SW#2 became the only procaine hydrochloride manufacturer which passed the United States FDA certification.

In present times, FDA carries out increasingly strict inspections to Chinese pharmaceutical industry and data integrity problems frequently emerge, it is really difficult to reach the “0-483” conclusion. This is the inevitable result of SW#2 firm implementation of cGMP management, technological progress and internationalization strategy, it reflects the strong international competitiveness of their products and lays a solid foundation for their products accessing to the US and European high-end markets. This is also the result of working closely together with Pharmax (Zjpharma) and the long-term win-win model of inter-firm cooperation.

Our Subsidary, Rainbowlabs, has been approved by health Canada 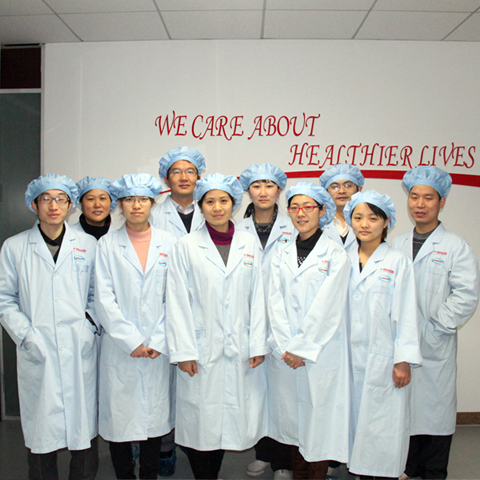 Health Canada has reviewed the information received as evidence of Good Manufacturing Practices (GMP) compliance for Shijiazhuang Rainbowlabs Pharmaceutical Technology Co., Ltd., No. 136 Huanghe Ave 9th Floor, Tech Centre, Gaoxin district, Shifiazhuang, China, 050035.  The information provided demonstrates that the foreign site is in compliance with Division 2 of the Food and Drug Regulations to Test Suspensions and Sterile Solutions .As a result, this foreign site may be listed on your Drug Establishment Licence (DEL) and the Establishment Licensing, Billing and Invoicing Unit has been informed of this decision.

Working out in middle age can result in fewer chronic diseases, including heart problems, diabetes, stroke, Alzheimer’s disease and cancer.

We all know that exercise is good for you Ã¢â‚¬â€ it keeps the heart healthy, works out the muscles and prepares you to take the stairs at work without fainting from exhaustion. But does all that activity actually prevent you from getting sick?

According to a study published online by the Archives of Internal Medicine, the answer is yes. Researchers say that people who are more fit when they are middle-aged have a lower rate of chronic diseases, including heart problems, diabetes, stroke, kidney disease, obstructive pulmonary conditions, lung cancer, colon cancer and AlzheimerÃ¢â‚¬â„¢s disease.

Previous studies have shown that people who are more physically fit have a lower risk of dying early than those who arenÃ¢â‚¬â„¢t as in shape, but the current analysis, led by Dr. Jarrett Berry of the University of Texas Southwestern Medical Center, is the first to expose a connection with chronic diseases. Berry and his colleagues compared data on fitness levels of 18,670 healthy men and women in their 40s and 50s to Medicare claims for chronic disease treatments a couple of decades later, when the participants became eligible for coverage after age 65. Each of the volunteers performed a treadmill test, during which the researchers measured the length of time they exercised to exhaustion as an indicator of their fitness. For every one-unit improvement in fitness, measured as metabolic equivalents, the volunteers enjoyed a 20% drop in the incidence of the eight conditions the scientists tracked.

MORE: Fit Vs. Fat : Which Matters More for Longevity?

Even more encouraging, says Berry, is the fact that those with the highest fitness levels battled fewer chronic conditions in the last five years of life, meaning they spent more of this time healthy rather than burdened by disease. Ã¢â‚¬Å“The results show that fitness can not only delay morbidity but prevent it,Ã¢â‚¬Â says Berry.

So how do you get fit? ItÃ¢â‚¬â„¢s partly genetic, he says, but exercise can help. About half of a personÃ¢â‚¬â„¢s fitness is determined by the cumulative effect of lifetime exercise, which is why physical activity during mid-life can have such long-lasting effects on health. So jogging, swimming, taking daily walks or being more physically active in general can pay off by making you healthier in your waning years.